What is a Coombs' test?

When is a Coombs' test indicated?

A Coombs' test is indicated if it is suspected that a pet has immune-mediated hemolytic anemia.

The causes of immune mediated hemolysis can generally be divided into two categories, which are primary (also called idiopathic) and secondary.

Are there any other ways to diagnose immune mediated hemolytic anemia?

The condition will be suspected in any animal that has clinical symptoms such as pale gums or unexplained weakness, and characteristic laboratory evidence of immune mediated red blood cell destruction.

"The Coombs' test may provide further confirmation of the presence of immunoglobulin on the red blood cell surface." 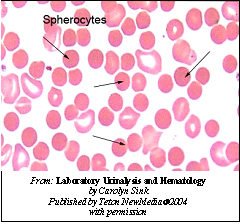 Taken together, the physical findings and the laboratory data may suggest that immune-mediated destruction of red blood cells is the most likely cause of your pet's anemia. The Coombs' test may provide further confirmation of the presence of immunoglobulin on the red blood cell surface.

What does a positive test result mean?

What does a negative test result mean?

A negative result can indicate that your pet does not have immune mediated hemolytic anemia. False negatives occur because red blood cell hemolysis can occur with as few as 20 to 30 molecules of antibody attached to the red blood cell, whereas the Coombs' test requires the presence of more than 200 to 300 molecules before a positive result is noted.

Recent treatment with steroids may cause a Coombs' test to be falsely negative.