Testing for Signs of Bleeding

What could be the cause of bleeding?

One of most common and obvious causes of bleeding (hemorrhage) is trauma. In most instances the bleeding will be self-limiting (stop on its own) unless the wound is severe. Occasionally bleeding may occur from sites such as the nose, mucous membranes, or urinary tract, but no incidence of trauma has occurred. In other cases, your veterinarian may observe hemorrhages, as either petechiae ('pin point' hemorrhages) or larger spots called ecchymoses on your pet's gums or skin. These more worrisome clinical signs may be associated with problems related to blood coagulation factors, platelets, platelet function, or some other underlying disease.

How do we determine the cause of bleeding in my pet?

A thorough medical history, including a list of all medications that your pet is receiving, coupled with a complete physical examination may provide your veterinarian with valuable information in determining the cause of bleeding.

The nature of the hemorrhages will often provide us with clues as to their cause.

Next, one or more screening tests, which may include  a CBC (complete blood count), serum biochemistry profile, urinalysis, coagulation profile, buccal mucosal bleeding time (BMBT) and/or von Willebrand's factor assay, will be recommended. 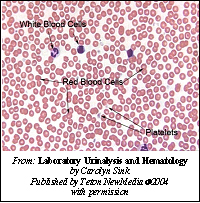 "Bleeding may occur if platelet numbers are markedly reduced..."

"A CBC will also give us an indication of the amount of blood that your pet has lost so that supportive measures such as blood transfusions can be undertaken if necessary."

A CBC will also give us an indication of the amount of blood that your pet has lost so that supportive measures such as blood transfusions can be undertaken if necessary.

The serum biochemistry profile and urinalysis provide us with an overall assessment of many organ systems including the liver and kidneys. Diseases of the kidneys and liver are known to affect the function of platelets as well as influencing the balance of clotting factors present in blood. Therefore, it is important to be able to either confirm or rule out liver or kidney disease as a possible cause of abnormal bleeding. 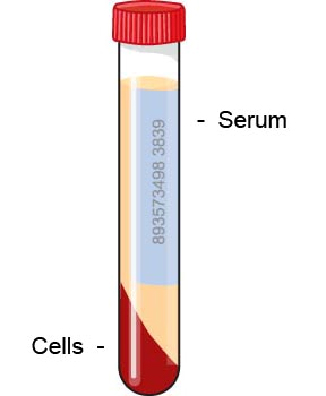 A coagulation profile allows us to assess the functional activity of the proteins involved in blood clotting. The pattern of change in these clotting tests may allow us to determine what is causing the bleeding in your pet. For example, rodenticide (rat poison) toxicity will initially cause the coagulation test 'prothrombin time' to be prolonged. Normal results for coagulation tests will rule out the possibility of decreased clotting factors as a cause of your pet's abnormal bleeding.

Von Willebrand's factor is a protein that assists in the adherence or 'stickiness' of platelets to sites of blood vessel injury and stabilizes one of the other coagulation factors in circulation. A deficiency in this factor can make an individual animal prone to bleeding episodes.

A buccal mucosal bleeding time (BMBT) is a test that evaluates the ability of platelets to form a platelet plug. A spring-loaded cassette is used to produce a small, precise cut on the inside of the upper lip, and the length of time required for bleeding to stop is measured. This time may be lengthened by a decreased platelet count or by decreased platelet function. Therefore, the BMBT is usually reserved for patients that have normal platelet numbers but have questionable platelet function.

The results of the above screening tests should provide a good indication of the underlying cause of bleeding in your pet. Depending on these test findings, it may or may not be necessary to conduct further tests.

"Any additional testing will be entirely dependent upon the combined results of the physical examination, history, and screening tests."

Any additional testing will be entirely dependent upon the combined results of the physical examination, history, and screening tests.

If a bone marrow disorder is suspected, based upon the results of the CBC, then bonemarrow collection and evaluation are indicated. A bone marrow evaluation is also sometimes used to confirm a tentative diagnosis of immune-mediated platelet destruction.

If underlying organ disease is suspected, for example of the liver, then further tests to evaluate liver function may be undertaken. Such testing may include serum bile acids, imaging studies of the liver (ultra-sound, x-rays) and biopsies. 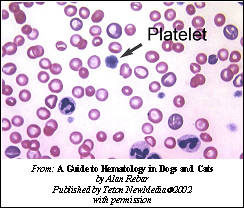 If infectious disease is thought to play a role, then blood tests for the presence of infectious agents such as feline leukemia virus or feline immunodeficiency virus in cats, may be undertaken.

Thrombopathias (disorders of platelet function rather than problems related to decreased platelet numbers) are more difficult to diagnose. A process of elimination is used to diagnose these disorders - the more common causes of bleeding are ruled out by using the previously mentioned screening tests and any possible drug-related effects are ruled out by a careful history.

"Specific tests of platelet function are available only in specialized veterinary research facilities."