Anemia is a medical term referring to a reduced number of circulating red blood cells (RBC's), hemoglobin (Hb), or both. It is not a specific disease but rather it is the result of some other disease process or condition.

Hemoglobin delivers oxygen to the cells and tissues of the body, and an anemic patient will suffer from symptoms related to a lack of oxygen.

What are the signs of anemia?

The most easily observed and common clinical sign of anemia is a loss of the normal pink color of the gums; they may appear pale pink to white when examined.

Anemic cats also have little stamina or energy so they seem listless or tire more easily. Anemic cats may have signs of blood loss (bloody nose, blood in the stool, urine, or vomit). Pale gums and lethargy indicate the need to perform blood tests.

How is anemia diagnosed?

Several tests are performed on blood samples to diagnose anemia. These tests are often performed as part of a complete blood cell count (CBC). The most common test to diagnose anemia is the packed cell volume (PCV), also called the hematocrit. In a normal cat, 25-45% of the blood will be red blood cells. If the PCV is below 25%, the cat is anemic. Others tests to determine anemia include the red blood cell count and the hemoglobin count.

What other tests are important when a cat is anemic?

"These tests provide important information about the overall health of the cat."

A careful study of the blood smear is also important to look for parasites that might be causing red blood cell destruction and other abnormal cells that could indicate leukemia (an abnormally high white blood cell count). 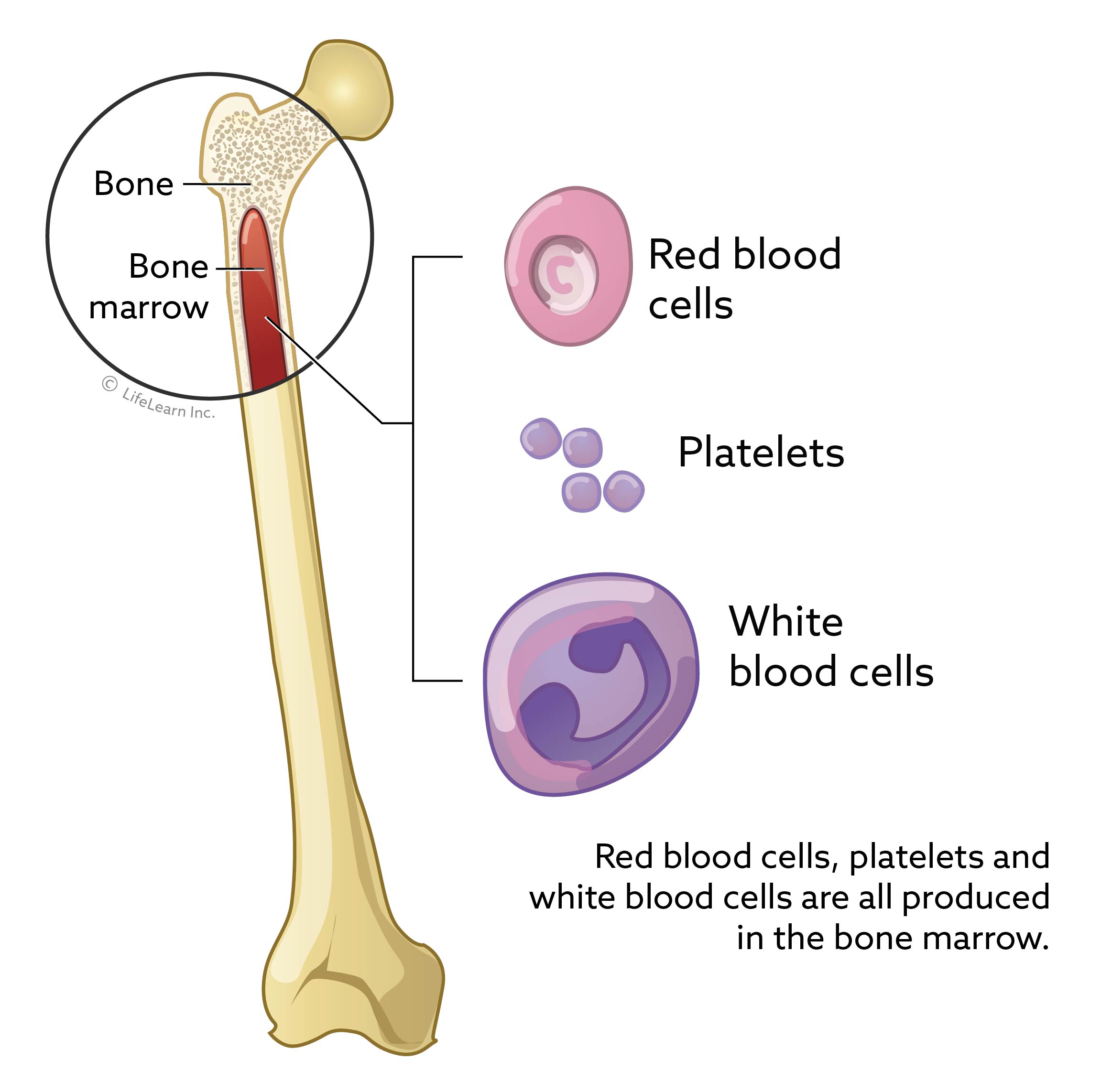 appropriately to the anemic state. A sample of bone marrow is withdrawn and analyzed, providing valuable information about its condition and occasionally revealing the cause of the anemia.

A biochemical profile and urinalysis are other important tests for anemic cats. These tests evaluate organ function and electrolyte levels, and provide important information about the overall health of the cat.

A fecal parasite exam is important to identify the presence of parasites in the intestinal tract that might be causing blood loss.

Finally, an anemic cat should be tested for the feline leukemia virus (FeLV) and feline immunodeficiency virus (FIV) because these viruses are frequent causes of anemia.

What diseases cause anemia?

Many diseases can cause a decrease in the number of red blood cells or hemoglobin. These are grouped into:

What diseases cause blood loss?

The main causes of blood loss in cats include:

What diseases cause hemolysis?

The main causes of hemolysis in cats include:

The main causes of bone marrow suppression in cats include:

Do cats get iron deficiency anemia?

Iron deficiency anemia is a common disease in people, especially women. However, this iron deficiency is rare in cats and only develops secondary to severe chronic blood loss or in cats that are on very unbalanced diets.

How is anemia treated?

Further treatment will be determined once the underlying disease causing the anemia has been diagnosed. Treatments may include corticosteroids, deworming medications, other medications, or surgery. Your veterinarian will outline a treatment plan specific for your cat's needs based on diagnostic test results.

What is the prognosis for anemia?

The prognosis for cats with anemia is based on the specific diagnosis and the cat's condition prior to initiating treatment. Most cats, if the anemia is diagnosed early and they are in relatively good health, have a good prognosis. Cats that are anemic due to toxins, cancer or autoimmune diseases, or have suffered severe trauma have a less favorable prognosis.

© Copyright 2019 LifeLearn Inc. Used and/or modified with permission under license.